Skip to content
Call us today for a FREE consultation!

Meet the mother and daughter team you need for your real estate deal!

Susan and Elise represent home buyers and sellers throughout Los Angeles and the West Valley. Together they have 30 years of sales experience. When the Burnett team represents you, be assured you’ll receive top-notch negotiating experience along with their wonderful magnetic personalities.

Just click the button below to get a FREE consultation and comparative market analysis! 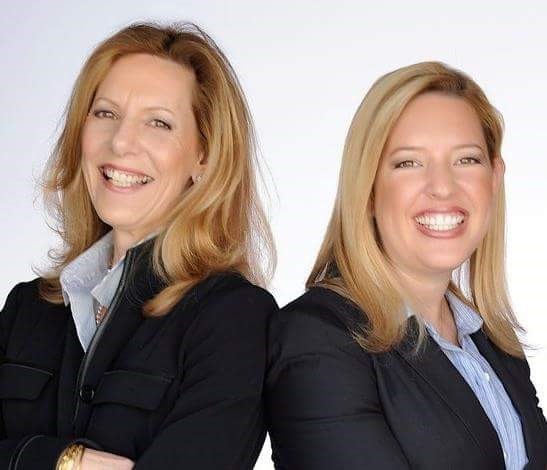 Susan Gromfin Burnett was raised in Southern California and went through the Culver City School system. She received a five-star education and participated in student government and Girls League. She is still involved in the community and participated in all of her reunions. She then went on to attend her dream school UCLA and is an active member of the Alumni Association.

Her natural artistic ability and a flair for fashion and sales helped her achieve her goal of owning her own business at a very young age.

After buying and selling homes for herself, she decided to embark on a career with her daughter.

Elise was born and raised in Los Angeles. She attended the Buckley school and then attended Beverly Hills High School. She enrolled in the University of Arizona where she received her degree in Communications. After graduation she acquired a position in advertising and sales. Elise is involved in many charities. She gets great satisfaction in working with The Guardians (Jewish Home for the Aged) Sheba Medical Center, City of Hope and The Lupus Foundation. She considers herself not only a great real estate agent, but a resource guide to Los Angeles. Elise recently started her own food blog about new dining experiences in our great city of Los Angeles and in the West Valley. She resides in Oak Park with her husband, Steve, and daughter Emma. She loves her community and its many parks and schools.

Elise is a great leader with a charming personality.

No matter what stage of the real estate process you find yourself in, you'll be able to reach your goals with Rodeo Realty. Whether you’re buying a home or selling one, learn what exceptional service truly means. We have the necessary tools, including the most complete local property search on the market, tremendous local information on our communities, and real estate information you need to help you reach your real estate goals.

Get a FREE consultation and comparative market analysis so you know what your home is really worth in today's market!

“Susan and Elise were both very friendly. They referred me to very qualified people throughout the whole process. They must have been the right people, because not that long ago, I didn’t have a house, but now I do.”

“Elise and Susan were extremely patient and follow through from the beginning of escrow to the closing of escrow. They hired professional workers and a good inspection company. They were so easy to work with. My condominium sold in 30 days and closed on time.”

“Elise and Susan sold my condominium for me in Marina del Rey. I needed a lot of hand holding and they worked through every facet of the business with me. My home was sold in 30 days. I highly recommend the two of them.”

“Elise and Susan Burnett handled the sale of my beach house in Marina del Rey. Their negotiating skills were outstanding. The day my house sold, my dream condominium came on the market. They immediately put in an offer! Susan and Elise have a great work ethic and tremendous follow through! They know how to complete a transaction from start to finish with little to no stress. I highly recommend them!”